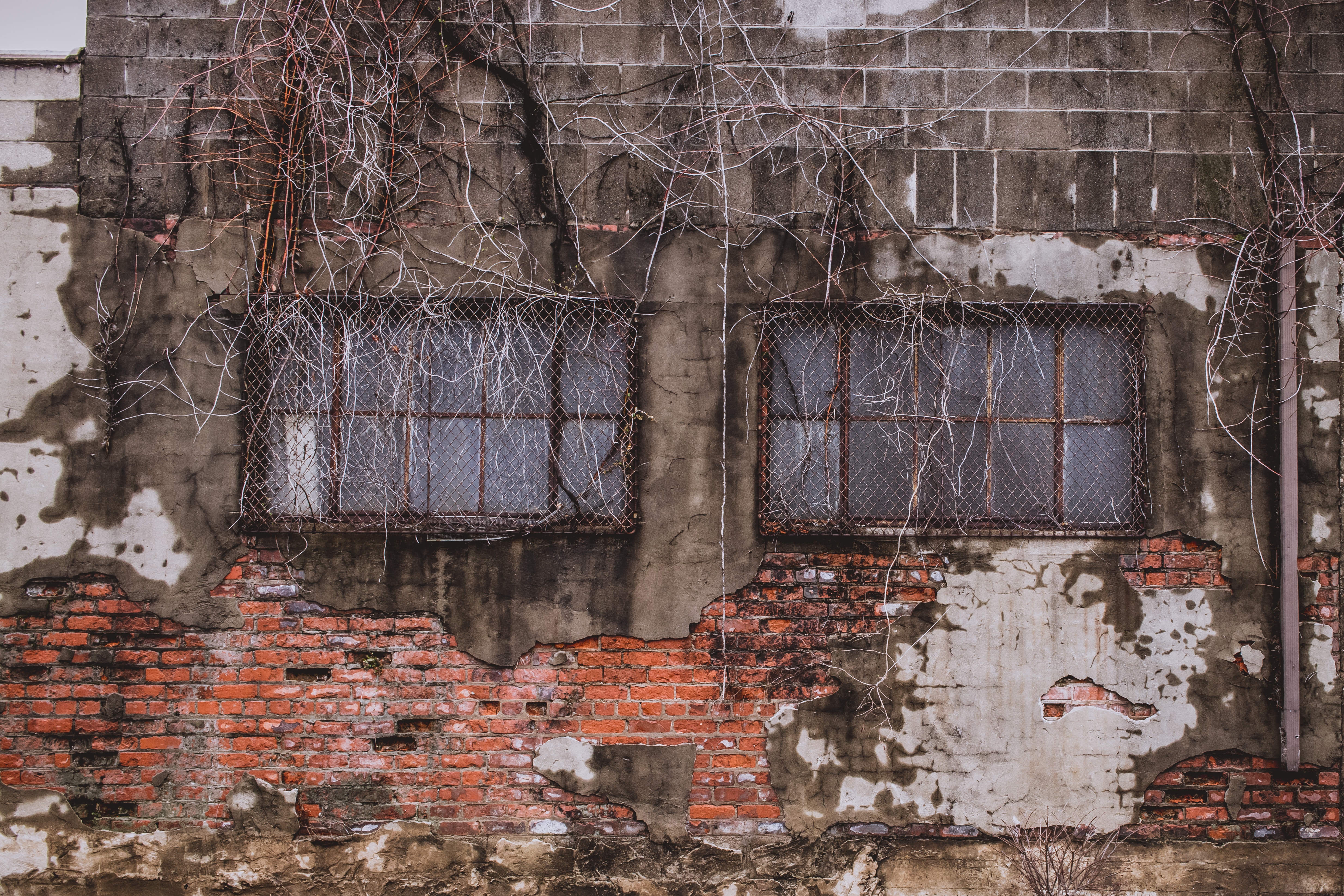 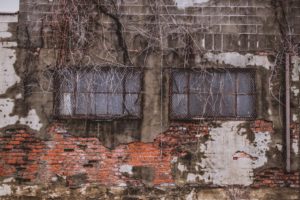 Have you ever wondered why we chose the title, Schoolhouse Rocked, for a documentary on homeschooling? The “rocked” in the title refers to the impact that we see homeschooling having on “traditional” education models.

From Mirriam Webster:
Rocked – intransitive verb
1: to become moved backward and forward under often violent impact
From The Free Dictionary
2. To cause to shake or sway violently.
3a. To disturb the mental or emotional equilibrium of; upset: “News of the scandal rocked the town.”

We are really excited about the revolution currently going on in education and we want Schoolhouse Rocked to literally shake the foundations of education and culture: to completely undermine the notion that public school is the primary way we should be educating our nation’s children. 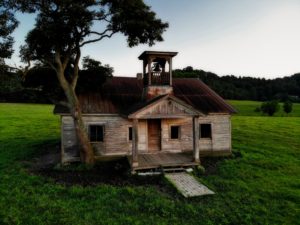 While homeschooling has been the standard educational model throughout history, in the last 150 years public schooling has taken over the education of our children. In that time the vast majority of parents have become convinced that it is normal and right to send your 5-year-olds off to a government institution to be taught by “experts” for the next 13 years (at least) of their lives. Many parents willfully ignore that this modern model of public schooling is based on socialism and secular humanism, and that the intent of its founders (men like John Dewey and Horace Mann) was to separate families to allow for the indoctrination of children. For too long, parents haven’t believed that there was a viable alternative to public schools or expensive private schools (many of which use the same industrial educational model as public schools, but sometimes wrap this instruction in a layer of Bible), so they have sent their kids off to the threat of violence, to negative social influences and peer pressure, and to indoctrination in progressivism, socialism, perverse sexuality, evolution, and the religion of secular humanism. To top it off, while violence and godlessness is on the rise in public schools, academic performance is declining. This massive social experiment has failed!

While homeschooling has existed throughout the rise of public education, until recently (1993), it wasn’t even legal in all 50 states. In the past few decades, homeschooling has seen incredible growth and it is finally being seen as a viable, dare we say mainstream option. There is a wealth of excellent materials available for homeschooling families, from curriculum, to co-ops, conventions, podcasts, blogs, and much more. Now, around 2.3 million students are being homeschooled in the United States, and the movement is growing around the world. This is “the Homeschool Revolution!”

We want Schoolhouse Rocked to fuel explosive growth in homeschooling. Our mission with the film is to encourage and equip homeschool families to start strong and finish well, so let’s talk about what that actually means. The film will, first, call parents to their responsibility to train up their children. The Bible tells us, “Train up a child in the way he should go; even when he is old he will not depart from it” (Proverbs 22:6), and “…bring them up in the discipline and instruction of the Lord. (Ephesians 6:4). In fact, while there are scores of Bible verses and passages instructing parents to teach their children, there are none excusing them of this responsibility or instructing them to turn them over to the civil authorities for discipline and instruction. Following this call, Schoolhouse Rocked will provide the encouragement and resources to help these parents make a strong start in homeschooling. Next, the movie will show examples of what homeschooling looks like in real families, over the long haul. It will show what homeschooled students are doing after high school. The intent will be to validate parents’ decisions to homeschool and to encourage them that while it won’t be easy, the results will warrant the effort and sacrifice. It is our hope that this will have the effect of not only encouraging homeschooling families, but of breaking down the resistance of family and friends who oppose a families decision to homeschool.

Read what the Bible has to say about education in this excellent article from Schoolhouse Rocked cast member, Israel Wayne.

We want the naysayers to become advocates. We want the next wave of homeschooling families to have the resources and conviction to train their children with excellence and to arm them to become leaders and world-changers. While this may sound like hyperbole, we have seen so many examples of homeschooled kids graduating as well-prepared, morally and spiritually grounded, logical, intelligent, well-spoken leaders that we know it is no fluke. We believe these kids have the ultimate competitive advantage in the workplace, in culture, and in marketplace of ideas. 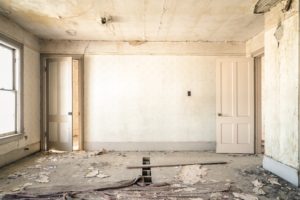 Ultimately, we feel like the time is right for this important film. There is growing displeasure and disapproval of public schools among a large portion of society. Stories of school shootings, teacher misconduct, pushes for blatantly anti-Christian instruction, gender and sexual insanity, and failing academics have even sympathetic, secular, progressive parents questioning whether it is profitable to send their kids to public schools. This is evidenced in the growing percentage of secular and non-christian (mormon, jewish, muslim, etc) families homeschooling, when for the past several decades the vast majority of homeschool families have been Christian. Now, taking your children to the grocery store in the middle of a school day doesn’t even raise eyebrows. Now, telling people that your kids are homeschooled usually elicits a positive response, where it used to spark a stream of probing questions and confused looks. We want to capitalize on this momentum and use Schoolhouse Rocked to pour fuel on this growing fire of excitement for homeschooling. We want to follow the film with a call-to-action and then provide them with the resources and encouragement they need to actually DO what we are asking of them – Bring their children home and teach them well.

We have made a big effort to provide excellent resources to follow the film. The Schoolhouse Rocked blog and podcast will offer excellent content for free, for many years. the Backstage Pass website will continue to offer in-depth training, encouragement, and perspective from homeschooling experts for the price of a cup of coffee a month (I would love to make these resources available for free as well, but they are very expensive to produce and Backstage Pass memberships help pay for the free resources on the podcast and blog). 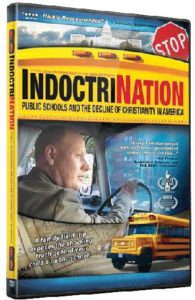 One last note: we didn’t set out to make an anti-public school movie with Schoolhouse Rocked. We want Schoolhouse Rocked to show what is great about homeschooling! While I know that there are good public school teachers and administrators who work hard to teach well and love their students, they are working in an environment that is built from the ground up to provide a very specific outcome. A few good teachers and administrators in the giant machine of public schooling simply can’t change what public schools are doing. I highly recommend watching Indoctrination to get a great idea of where public schools are coming from and what they are producing. Between Indoctrination and the nightly news, I don’t feel like we need to make a case against public schools, but we can do much good by showing the benefits and joys (and challenges) of homeschooling. I really believe that homeschooling is the BEST option for educating our kids, and I am strongly convicted that public school is a very bad option.

That said, there are parents who really have no choice but to send their kids to public school. In this case, parents have an obligation to know what their kids are being taught in school and to actively engage in training the hearts and minds of these kids: undoing harmful instruction and pouring truth into their minds and hearts. This is no easy task, but to neglect it is to sacrifice these children to the whims and philosophy of the state: whims and philosophy that undoubtedly contradict yours and your family’s.

Photo by Ali Morshedlou on Unsplash

Photo by David Gylland on Unsplash

Photo by Nolan Issac on Unsplash