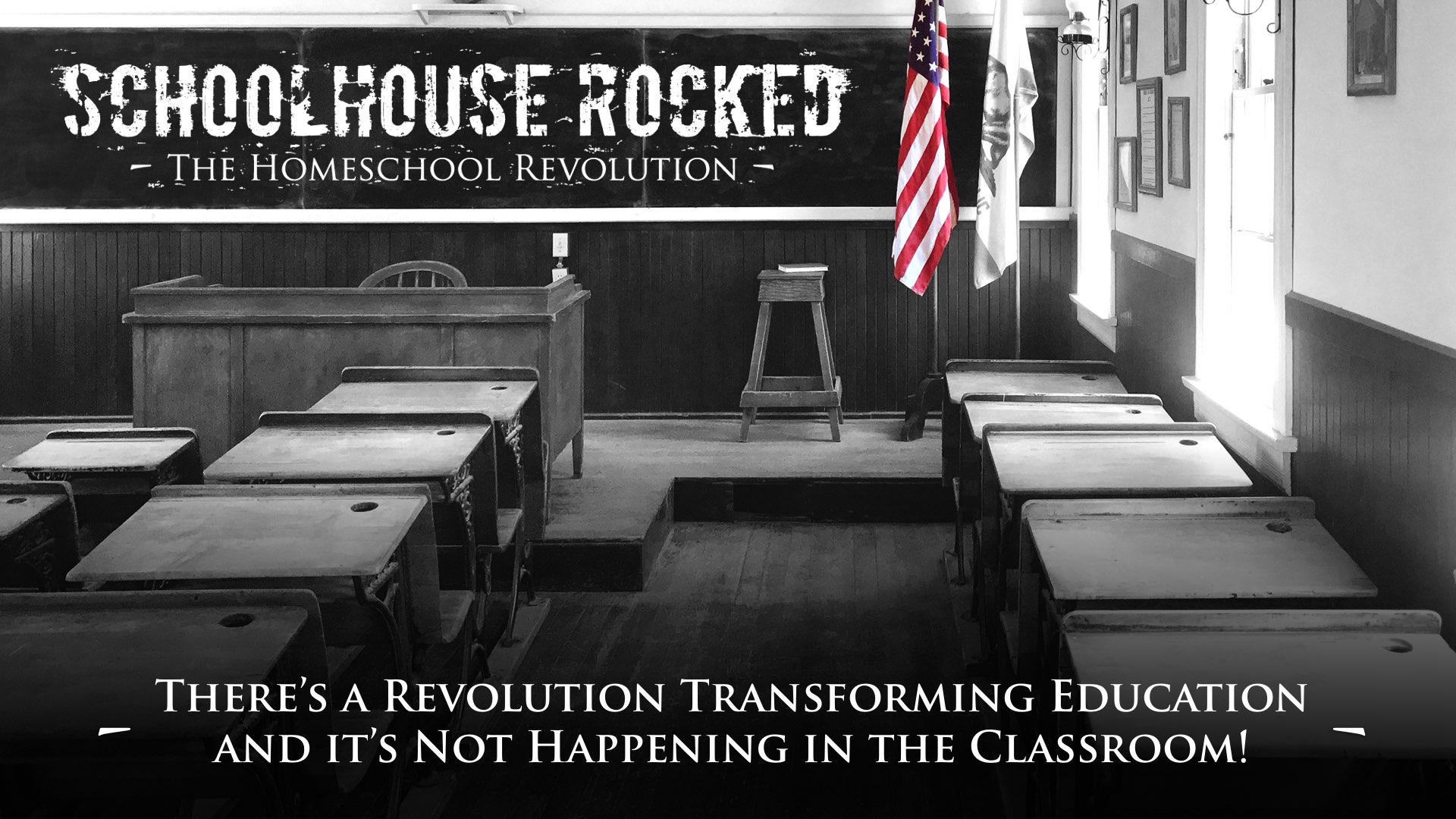 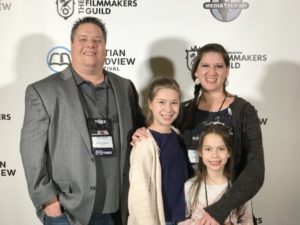 On December 15th, 2016 our family left California in a truck and travel trailer and set out across America to make a homeschool documentary. The irony of this situation wouldn’t be lost on anyone who knew our family just a few years before. You see, like so many other homeschool families, we were NEVER going to homeschool! 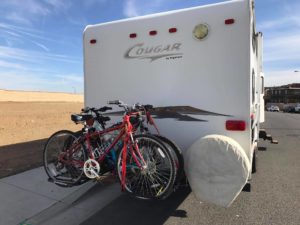 Prior to having children we bought into nearly every homeschooling misconception. Our limited exposure to homeschooling enforced the notion of socially maladjusted, poorly educated kids, taught by ill-equipped and under-qualified moms. We believed that missing out on the classroom dynamic and structure of school would lead to poor academic outcomes, and that without a “real” diploma, college acceptance was a gamble. Not to mention, why would we want to spend all day with our kids? We said many times we would never do that to our kids or our ourselves, but God laughs in the face of “Never”!

After 11 years of marriage we had our first daughter and our perspective began to change. We wanted to do what was best for our kids and for our family. Parenting was a great responsibility that we accepted whole-heartedly. 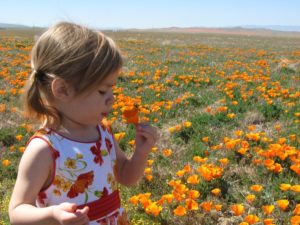 As our oldest daughter approached school age we began to carefully consider our options for her education. The public schools in our area weren’t even a consideration. We knew that we could not allow our daughter to be subjected to the indoctrination that she would experience there. We didn’t believe that our short time with her at night and on the weekends would be sufficient to uncover and undo the anti-Biblical teaching she would undoubtedly receive during the week. Additionally, we were in an area where the public schools weren’t even safe. At the time, we would have preferred to put her in a Christian school, but we just couldn’t afford this option. As a last resort, we thought that maybe we would give homeschooling a try for a year, and see how it went.

Thankfully, God changed our hearts. Before we even began homeschooling, we met with a pastor and his wife who homeschooled their kids. They began to encourage us and tried to unravel many of the misconceptions we believed. They also encouraged us to attend a homeschool convention; an experience that was both eye-opening and extremely encouraging, as we saw how many “normal” people homeschooled. It was then that we began to learn about the very real benefits of homeschooling. 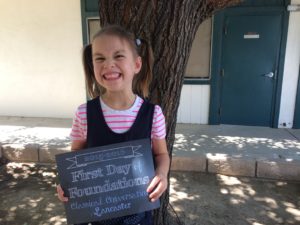 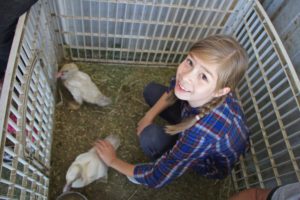 Six years into our one-year experiment we were huge fans of homeschooling! We were blessed to have participated in great co-ops and a fantastic Classical Conversations community, experienced support and encouragement from most of our family and friends, and our children had benefitted from the excellent academic and social opportunities that were available to them. We were enjoying the freedom to travel and to tailor school to the strengths of our children and to the needs of our family. We savored the blessing and privilege of integrating God’s Word into every subject and weaving a Christian worldview into every aspect of “school.” While we experienced many of the challenges faced by other homeschool families, we were extremely privileged to see the benefits as well, and we desired to share these benefits with others.

After many years of working in Hollywood, I knew it was time for a change. Heavy travel and long hours on set had cost me precious time with my wife and young daughters, an my health and family were suffering. I loved my job and the people I worked with, but I could see that a continued career in Hollywood would have grave costs. It was not worth trading my family and health for my job, so without a back-up plan, with only the conviction that something had to change, I quit. When I called Yvette to tell her the news, she could only respond, “Praise God”!

In the months that followed, God showed his great power. He provided a perfect new job for me and began to lay the foundation for Schoolhouse Rocked. I would teach film at a local Christian school and produce short documentary content for our church. While it was only a one-year commitment, we knew that this was exactly where God wanted us. He had met our immediate needs, but He was also preparing us for what was to come.

Toward the end of the school year, God provided another opportunity that set the wheels in motion for Schoolhouse Rocked. A well-loved fellow teacher asked if I would film some b-roll for his sister’s student film. As her final project for her film degree at Biola University, she was making a short documentary on homeschooling and needed a few shots of this teacher, himself a homeschool graduate, teaching his AP History class. I gladly agreed, and when I saw the finished film I became excited about the opportunity to encourage prospective homeschoolers through a feature film. I was reminded of what an impact the documentary, Indoctrination had had on Yvette and me in our own decision to homeschool. This young film school graduate had no intention of making a feature-length documentary, but this experience had birthed a desire in me to see this film become a reality.

At the end of the year my contract with the school and church ended and it was time to seek God’s guidance on the next chapter of our lives. Our family had long felt prompted to leave California and believed that this period of transition provided the perfect opportunity. Reluctant to pursue a new job in California, and feeling increasingly convinced that we needed to make a documentary on homeschooling, we laid a fleece before the Lord. We prayed and asked that if it was God’s will that our family make this film He would make it abundantly clear. We knew that we would have to travel to film the movie and we knew we didn’t have the money to travel – let alone make a movie – so we asked for God to answer clearly. If He wanted us to make Schoolhouse Rocked we would need to sell our house. We listed the house and put it in God’s hands. The next day we had a nearly-full-price offer. We took that as confirmation! While that first deal didn’t go through, the house sold quickly and God continued to work. We started pre-production on Schoolhouse Rocked: The Homeschool Revolution. 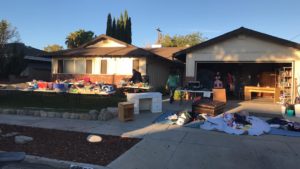 Next, we would have to sell everything in our house. We had a house full of furniture and possessions that certainly wouldn’t fit in an RV. Right away, friends began to call and ask if we were selling things. One family bought most of our furniture. Our cars quickly sold as well. To get rid of the little stuff – dishes, decorations, books – we held an estate sale. We advertised that the sale would start at 7:00 am on a Friday, and by 6:30 there were people lined up on the sidewalk. We opened up our house and moved a few items onto the lawn. By 2:00 almost everything was gone. The next day we had a few tables of odds and ends on the front lawn, and at the end of the day there was nothing left.

With no home and no stuff it would be easy to travel to film the documentary, but now we needed an RV. We had been looking at travel trailers, 5th wheels, and motorhomes for weeks to determine what would suit our family best. Again, God provided perfectly. One day we got a phone call from some friends who asked if we were still looking for a trailer. It turned out that just a few miles away a family had the perfect trailer for us, and a truck to go with it! We had been looking all over Southern California and the perfect truck and trailer were just across town.

Honestly, had God not confirmed his call in so many ways I don’t know if we would have done this. We left family and friends and a church we loved in California. We left our home and a lifetime of stuff accumulated in our 22 years of marriage. We went out not knowing how God would provide, but certain that He would, because he had given so many clear confirmations. He has proven Himself over and over again. Not only has He provided for our family in miraculous ways, He has provided for the movie in miraculous ways.

When we set out to film Schoolhouse Rocked we had a wish list of people we wanted to interview, but almost no connections and no idea how we were going to get in touch with these people. God opened doors! It was only by His amazing power that we were able to get interviews with such an amazing cast. He provided exactly who we needed to tell a great story and to make a strong case for homeschooling.

Filming for the movie has taken place all over the country. This has provided a very broad view of homeschooling across the United States and has allowed us to build a base of support in several different regions. We have also been blessed to have made great friends in several states.

In March we finished filming the last of the interviews for the movie. Now the real fun begins. While we will still shoot a bit more b-roll (shots of kids and families living life and doing school), most of our time over the next several months will be spent editing and fundraising for post-production and marketing. We are planning for a nationwide theatrical release with Fathom Events in 2019, and a release like this takes a substantial budget and network of marketing partners. We are extremely thankful for our great sponsors, generous donors, and the marketing partners who have already provided excellent support.

We are thankful that God has called us to this important task. It has been a privilege for our family to work on this important project, but more importantly, we know He will be glorified by the film and many families will be blessed and strengthened through Schoolhouse Rocked.

Donate – Your donation goes directly to production on the film.